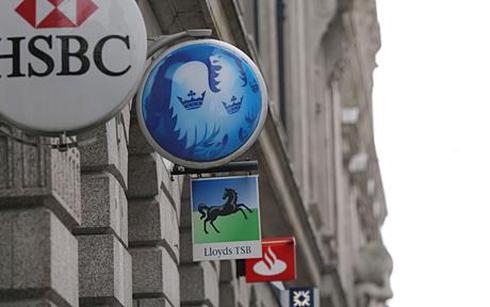 Banks and loan companies make a huge amount of profit every year from loaning you money, be that as a simple small loan to buy a car or a larger loan/mortgage to buy your home. Profits from the big four UK based banks run into many billions of pounds each year which is quite incredible when you think about how they run their businesses.

Banks at their core have a really simple way to make lots of money, first they take the money from savers (investors) while paying a very miserable low rate of interest back to those savers, then they use that money to make loans to everyone else who needs to borrow money but charging a much higher interest rate. Hey presto the banks make a very healthy profit from the difference between those two interest rates.

As an example take the average interest rate paid to a big saver depositing say £200,000 into the top paying savings account, they would be doing well to receive just 2% on the money from the bank. This same bank is then loaning out the £200,000 to someone else requiring a mortgage at a typical rate of 5.5%. That leaves a very healthy margin for the bank of 3.5%. Of course the bank has costs involved with running both the savings account and running a mortgage but this will amount to less than 1% so the bank is making a healthy 2.5% profit margin. This represents a profit for the bank of nearly £3000 per year on this deal alone or nearly £70,000 over the 25 year life of that mortgage.

Of course banks have lots of other ways to squeeze serious money out you using more complicated financial saving products and bolt on insurance schemes that they try to sell you at every opportunity.
So how can you beat the banks?
Well to be honest you simply can't, we all need banks and loan companies. Without them we would have no economy, you would never be able to build a business or realise many of your dreams which require someone, somewhere to loan you money and have the confidence that you will pay them back.  But you can improve your chances of getting the best product while paying the least out in charges by just remembering a few simple principles. These are facts banks will never tell you and would really rather you did not know.

A good example of the above was the sale of Endowment mortgages in the 1980's. This was a mortgage which the banks had designed to be quite complex. They split up your loan into two parts, the first would be the interest payments on the loan which the bank made sure it received in full from the monthly payments made by you. The second part was the money which would normally be used to just pay off the capital of your house (the cost of the actual bricks and mortar), now the clever bit was that instead of simply paying off the capital in a straightforward way the banks invested this money on the stock market, (effectively gambling) they charged a hefty management fee to you to do this service and the hope was that if the stock market increased sufficiently in value over the term of your mortgage then there would be enough money to pay off the capital debt, the bank charges and maybe even a tidy lump sum back for you (this was the lure to get you hooked!). They of course forgot to take into account the one piece of information they always put in the small print (ie. share prices can go down as well as up and past performance is no guarantee of future returns, you may get back less than the money you originally invested). This was all conveniently forgotten. Banks and financial advisers loved them because they were complex and made lots of money for them in commissions and management charges. They played into most peoples natural desire to make some easy extra  money, the banks told you that at the end of the term not only would there be enough money to pay off the loan on your home but there would probably be enough for a nice little payout on top. The critical word in that sentence was 'probably'. In the event the stock market to which these deals where tied did not perform as well as the banks had predicted and matters where made much worse by the very high charges the banks made every year just to 'manage' the mortgage. So holders of these mortgages have been left having paid into a Mortgage for 25 years but still having an enormous shortfall in the money needed to pay off their home. Of course the banks have not lost out because they have still made very healthy profits from the management charges over the years and until the full Mortgage debt is paid off they will retain their charge over your home (this means the bank and not you effectively owns the house until the loan is fully repaid)  Most people unfortunate enough to take them out did not fully understand them and certainly not the much higher risk that these products carried because they where tied to the performance of the stock markets.


The simplest and best mortgage has and always will be the simple capital repayment mortgage, its not sexy, it does not make the bank lots of extra money in commission, it is easy and cheap to set up and run and should be easy and cheap to end. But best of all it is safe, every month you pay off both a proportion of the interest and the capital (cost of your home) until after the agreed term the whole loan is repaid and you own your home.